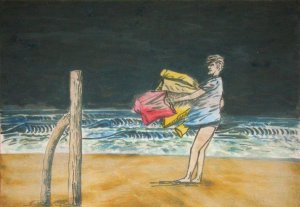 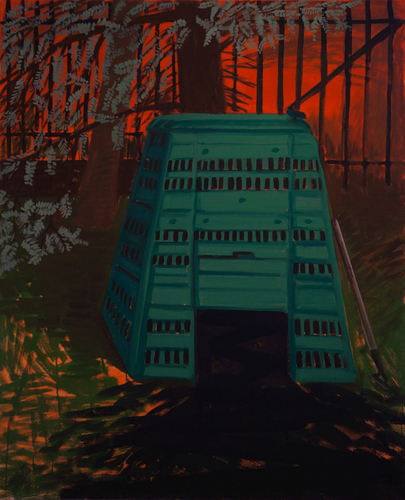 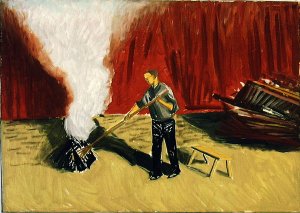 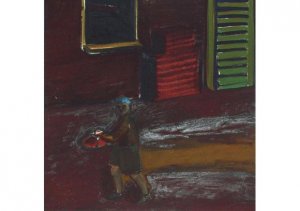 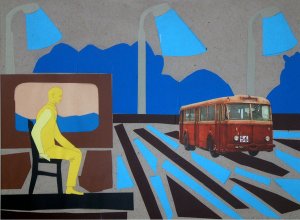 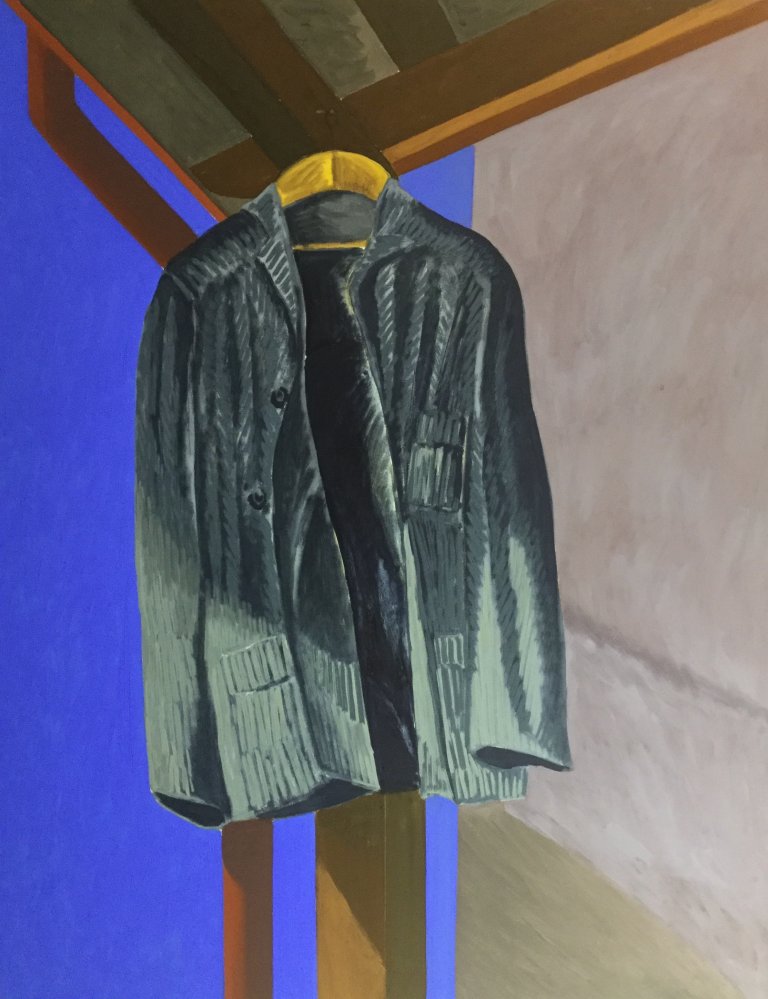 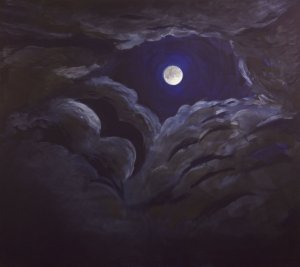 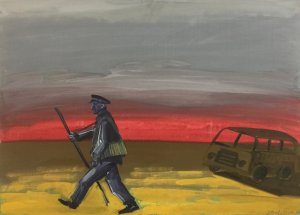 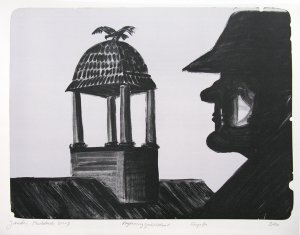 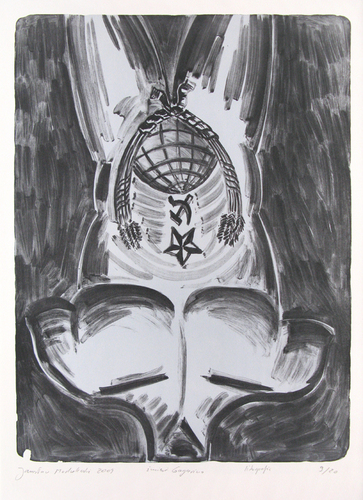 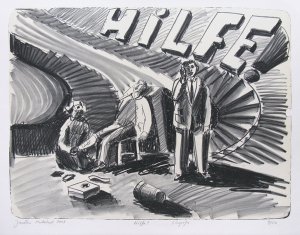 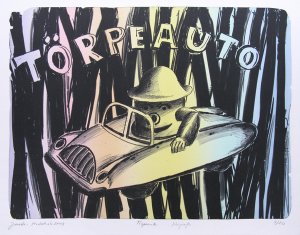 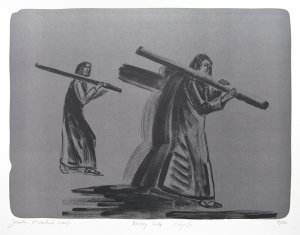 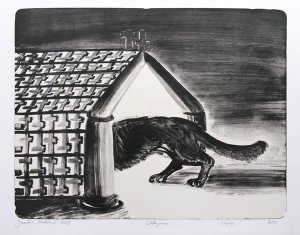 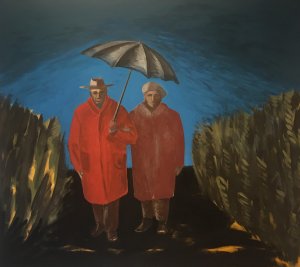 Born in 1955 in Warsaw. Painter, pupil of Stefan Gierowski, professor at the Academy of Fine Arts in Warsaw; currently supervises the painting atelier at the academy. In 1982 he was co-founder of the most important group of the so called New Expression of the eighties – Gruppa. Its members were: Ryszard Grzyb, Paweł Kowalewski, Włodzimierz Pawlak, Marek Sobczyk i Ryszard Woźniak. It was active for 10 subsequent years. Modzelewski participated in all of its exhibitions and events, also he co-edited the „Oj dobrze już” magazine. In his early days, the artist leaned towards abstract art and used simple signs and emblems, as well as silhouettes printed using templates.
Through thematic paintings, which use extracted motifs on flat background, he came up with figural compositions. In the mid-eighties he created a series of works based on illustrations in Russian language textbooks, showing simple acts described by verbs which composed the titles of the works. Later he developed a characteristic way of painting, the form which adhered to the rules of realistic convention, however certain uniqueness was stressed in the features of characters and situations. This surrealistic atmosphere was created thanks to such painting techniques as doubling of figures (Fotograf. Fotograf, 1986), or space techniques (Romanica Toscana, 1987). At the same time he painted landscapes filled with emotions and interiors (for instance Dom; Korytarz; Murek). Modzelewski, sometimes called the painter of everyday icons, is interested in presenting the condition of contemporary man, lost and lonesome among the everyday items.