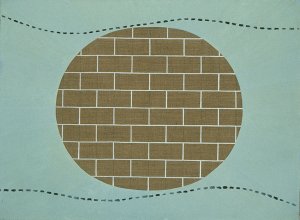 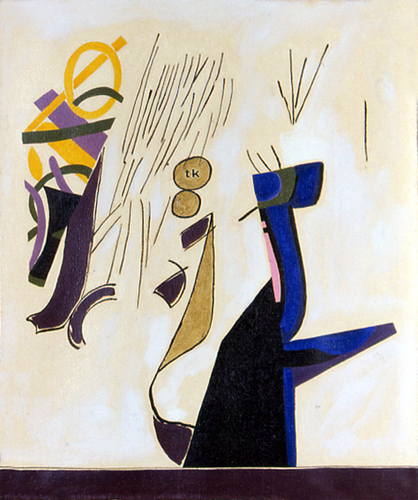 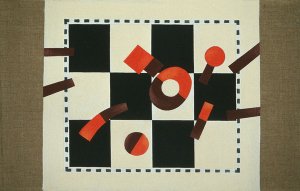 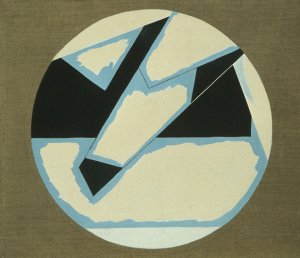 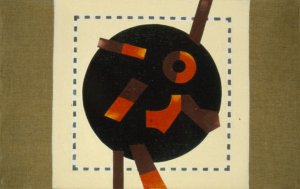 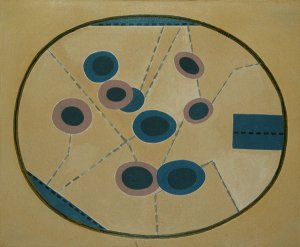 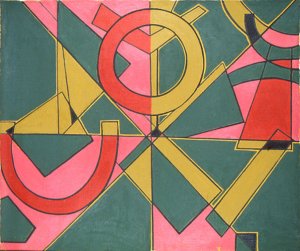 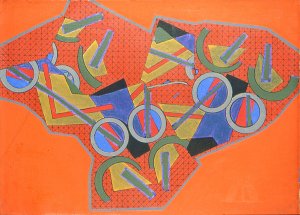 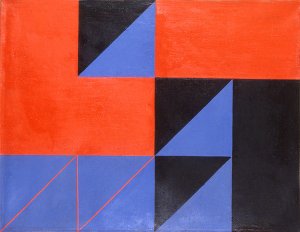 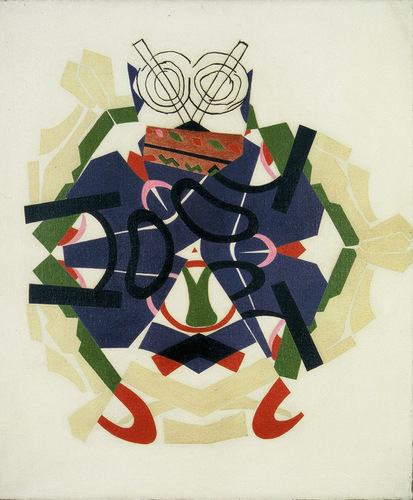 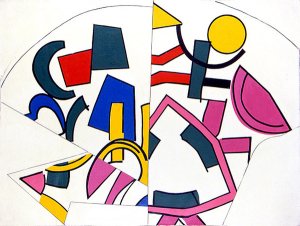 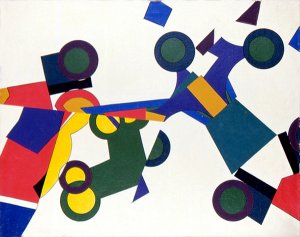 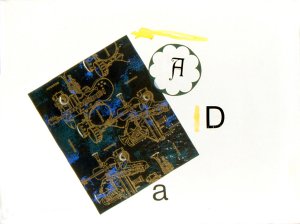 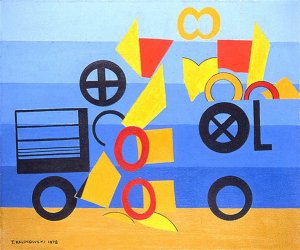 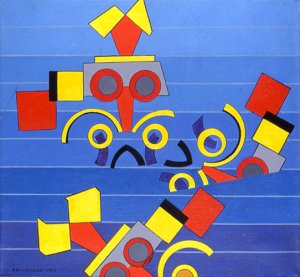 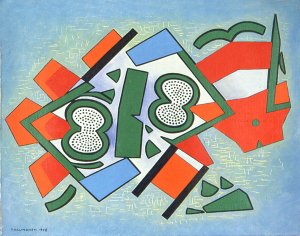 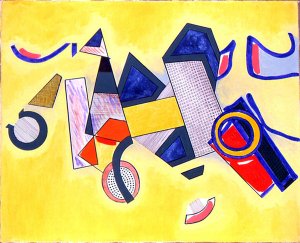 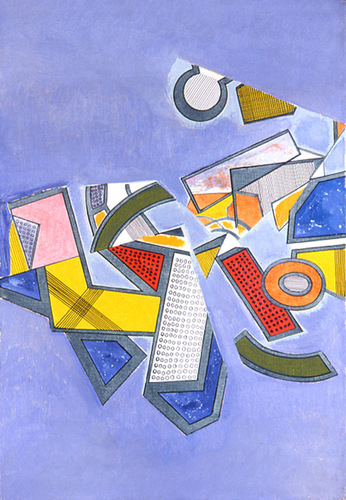 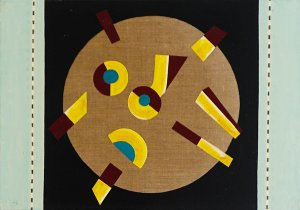 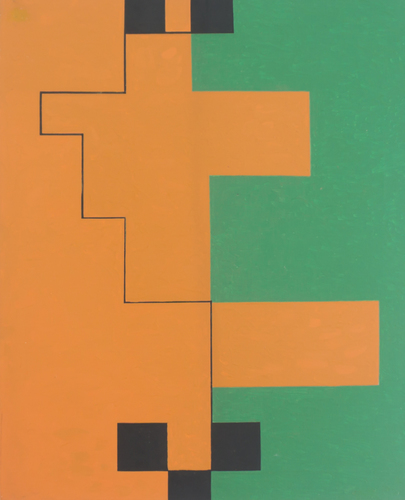 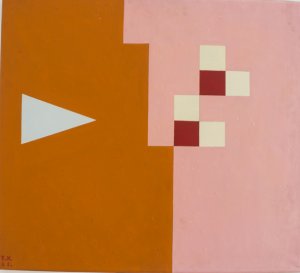 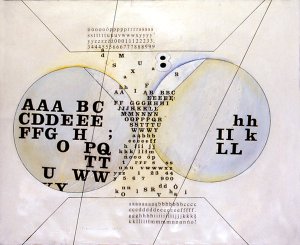 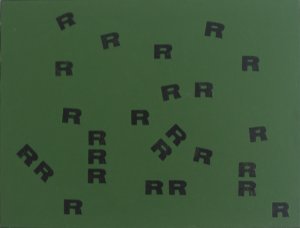 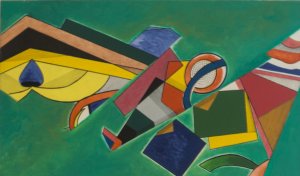 From the Caleidoscopic Images Series, 1978 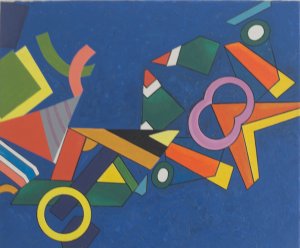 From the Caleidoscopic Images Series, lata 70. 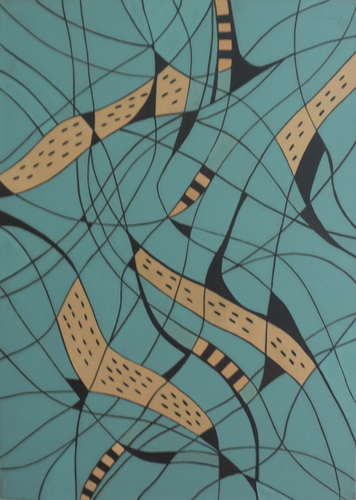 Born in 1909 in Warsaw. Between 1929–1937 he studied scene design, painting and interior design at the Academy of Fine Arts in Warsaw. In 1939 he started to cooperate with the most important directors of the interbellum: Leon Schiller and Wilam Horzyca. He created stage designs for theatres in Łuck, Łódź, Warsaw, Bydgoszcz, Toruń and Poznań. He continued this cooperation after the war until 1953. In the meantime he organized the first avant-garde artistic group after the war: 4F+R (Forma, Farba, Faktura, Fantastyka + Realizm –Form, Paint, Texture, Fantasy + Realism), which was a part of together with J. Houwalt, A. Lenica and F.M. Nowowiejski.
From 1957 to 1961 he mainly painted in an informel style; he was also interest in the so called „garbage art”, creating until 1962 paintings using various waste products placed on the canvas. At the same time, until 1966 he created graphics to which he devoted several years. In the next decade Kalinowski returned to painting engaging in the back then dominant geometrical abstract style. However half way through the seventies the artist included ornaments and paintings with letters in his work, playing a kind of game with realistic tendencies in art. Between 1977-1980 there was a time in his career called the „kaleidoscope period”, which is considered to be of great importance. From the eighties until his death in 1997, his painting was dominated by plastic ideas, so called „Systems (Open, Multilateral, Closed). He used various types of canvas, such as bagging, linen or jute, the surfaces of which he would leave partially unpainted. Tadeusz Kalinowski took part in dozens of individual and group exhibitions, among others in Poznań, Warsaw, Kraków, Szczecin and Zielona Góra, as well as abroad in Czechoslovakia, Germany and Sweden. His works are part of the collections of the National Museum in Poznań, Warsaw and Szczecin, Silesian Museum in Katowice, also found in private collections in Poland, Germany, Austria, Sweden and the United States. He died in Poznań in 1997.