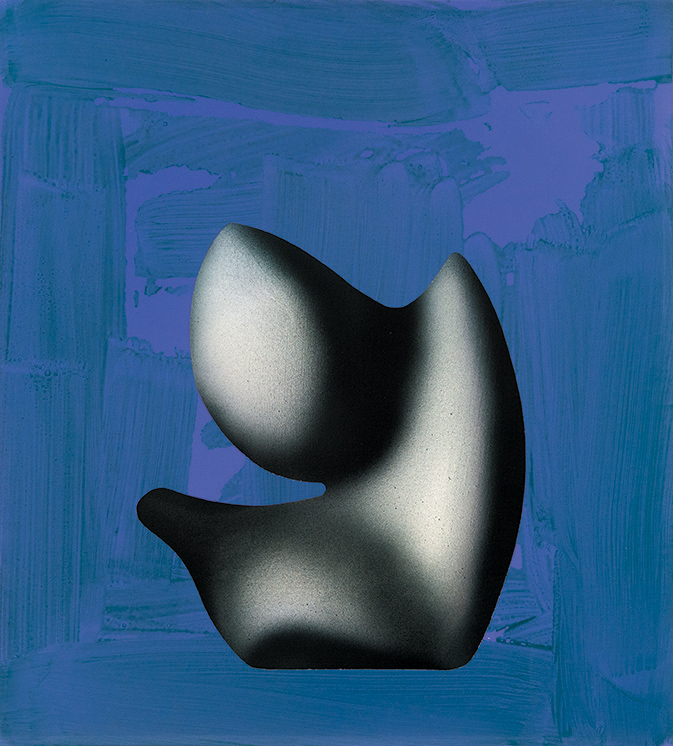 Accomplished his degree in the studio of dr hab. Dominik Lejman at the Faculty of Painting and Drawing at the University of Arts in Poznań. Currently, a PhD student at the UAP Inter-Faculty Environmental Doctoral Studies. He works as an assistant in the VI Painting Studio at his alma mater.

During his studies, he participated in a student exchange with Shanghai Normal University (He Zhenhao’s painting studio), in the program Revitalization – Repetitions in the Age of Overproduction at the Center of Polish Sculpture in Orońsko, as well as in the project by Robert Kuśmirowski No budget show – shortage collapse fall. He presented his first individual exhibition, Anesthetics, in a rented doctor’s office, at the NZOZ “Collegiate Square” clinic in Poznań.

In 2018 he was awarded in the competition of The Contemporary Art Gallery in Opole Aneks and in the painting competition organized by the Wojciech Fangor Foundation. In the same year he took part in the international residency for PAR painters, where he won the Grand Prix. In 2019, he was the laureate of the Nowy obraz / Nowe spojrzenie competition, he completed a month-long residency with the Under Construction exhibition at the Łaźnia Center for Contemporary Art in Gdańsk, and presented an individual exhibition Painting as a game in Knoxvill, in the United States.

Doubt, nostalgia and joke are the vectors that intersect at the exhibition of Krzysztof Mętel paintings Avant-garde Balloon Test held at the Ego Gallery (13/03 – 30/04/2020). They are generated through reminiscences and reinventions of already existing motifs, painted with the awareness of cultural recycling practices. Contemporary consciousness, however, is different than postmodern one. Not so long ago, the pure purpose of processing and transforming artistic traditions was to undermine avant-garde ideals, such as the autonomy of art, innovation and breathing life into matter.

Today, when human inventiveness is subject to careful observation due to its impact on the surroundings of the creative process, even the most ambitious avant-garde projects are considered within the perspective of the emerging ethos of the new economy. It results from the disappointment with the visions of building a better world based on conquest, domination and accumulation. In a situation of shrinking living space, less is more. Questions about physical and mental space for storing works of ever transforming human civilization have become increasingly burning. Although the avant-garde turns out to be overrated, its posthumous fate is continuously played out in the works of contemporary artists. The belief in its aesthetic redemption, proclaimed not so long ago by its preachers, gives way to reflection over the ethical usefulness of art.

Some of the works by Krzysztof Mętel presented at the Ego Gallery refer to the phallogocentric architecture of modernity, with its angular logic of solids or spectacular complacency, expressed in the bold application of glass surfaces, such as the painting Glass House, representing the Pavilion of Glassworks Association, after which only a star-shaped fountain remains. The reference point for the pictorial simulation of the model is the General National Exhibition (PeWuKa) from 1929, within which the building was presented. The central place of the PeWuKa1929 painting is taken by Mickey Mouse with a torch in his hand, surrounded by synthetically abstracted buildings. The Disney theme redraws the advertising character of the exhibition image and – considering that part of the large-scale PeWuKa used to be a funfair with a Ferris wheel and a giant slide – its being there is not accidental. Based on an archival photo, the artist also paints a futuristic Upper Silesian Tower from 1911, which in its form sealed the power of the Prussian invader, and simultaneously offered a modern hydrological solution for Łazarz and Jeżyce districts. Its debris were transformed in 1955 into a spire, today’s architectural icon of the MTP Poznań Expo. The point of reference here was the East German Expo of 1911. More or less directly, the paintings of “crofts of the new world” (the artist’s coinage) update the propaganda demonstrations of the German Empire colonialism or the modernizing effort of the reviving Polish state, which partially meant transforming architectural symbols of power into naively understood native success.

The exhibition Avant-garde Balloon Test also shows the results of transferring the arpist language of the organic form onto canvas by Krzysztof Mętel. The inspiration with avant-garde sculptures by Hans Arp leads to the re-invention of three-dimensional forms on the two-dimensional plane of the image, resembling shiny, amorphous balloons, presented with the language of popular culture and graphic design.

These reinventions are concurrently an ironic reference to something else – paragone, i.e. the dispute run between sculpture and painting about the advantage when representing reality. However, the modernization of the Renaissance discussion takes place in today’s realms, determined by the capitalist logic of competition among artists. Inflated post-arpist forms can symbolize the mechanisms of artistic production that are exhausting before our very eyes.

What is also duplicated and processed is the motif of a fetishized single brush stroke, once constituting an introduction to the avant-garde area of ​​the art world, and then treated by Roy Lichtenstein in the famous Brushstroke series with humor heralding emptiness. Krzysztof Mętel, however, does not pay an ambivalent tribute to the commoditized artistic traditions. His works are dominated by a satirical awareness of banality. They are light, as if full of air that has escaped from inflated designs and concepts. What they have left behind is the aesthetic scenery. 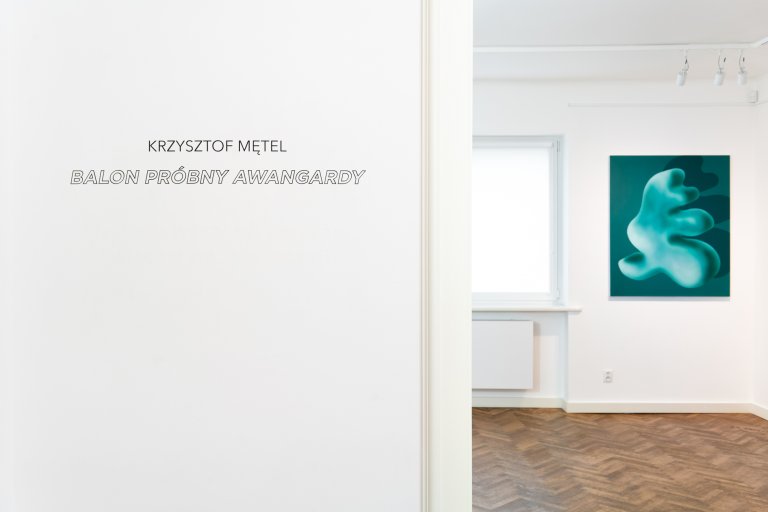 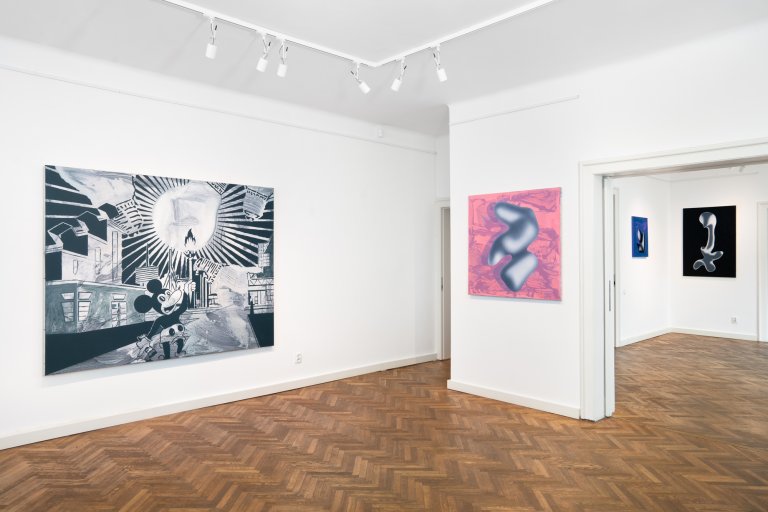 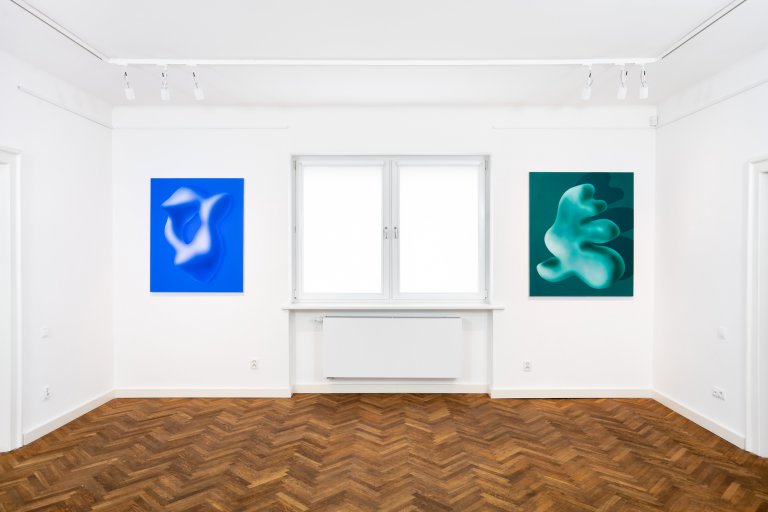 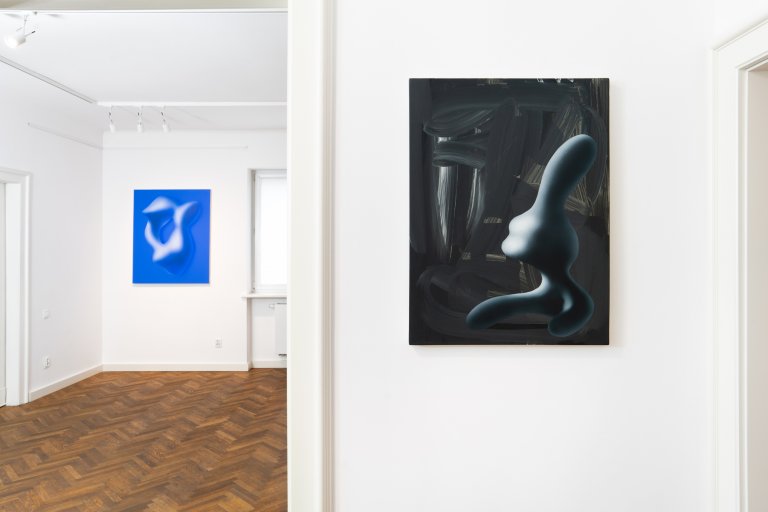 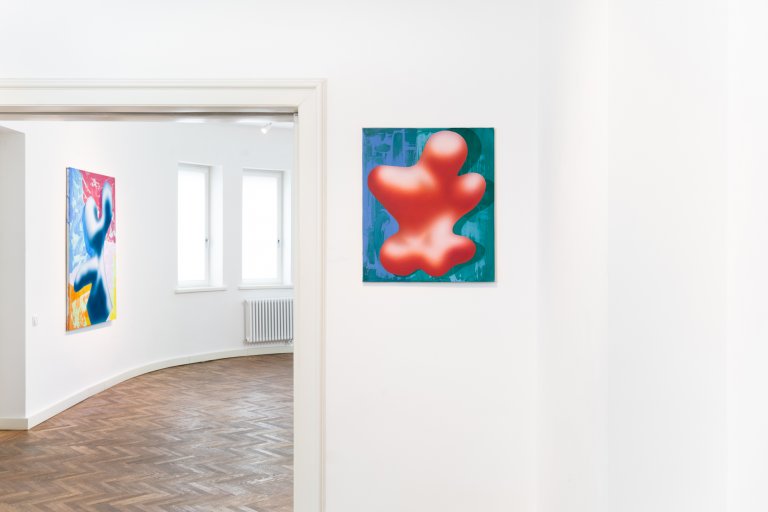 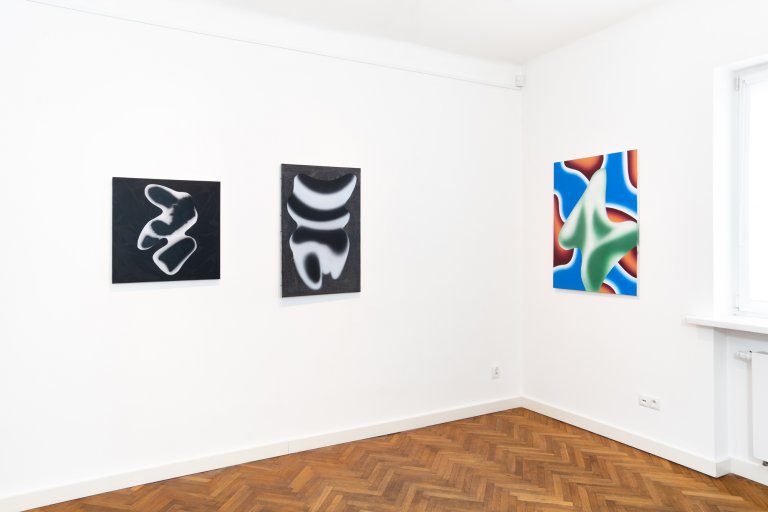 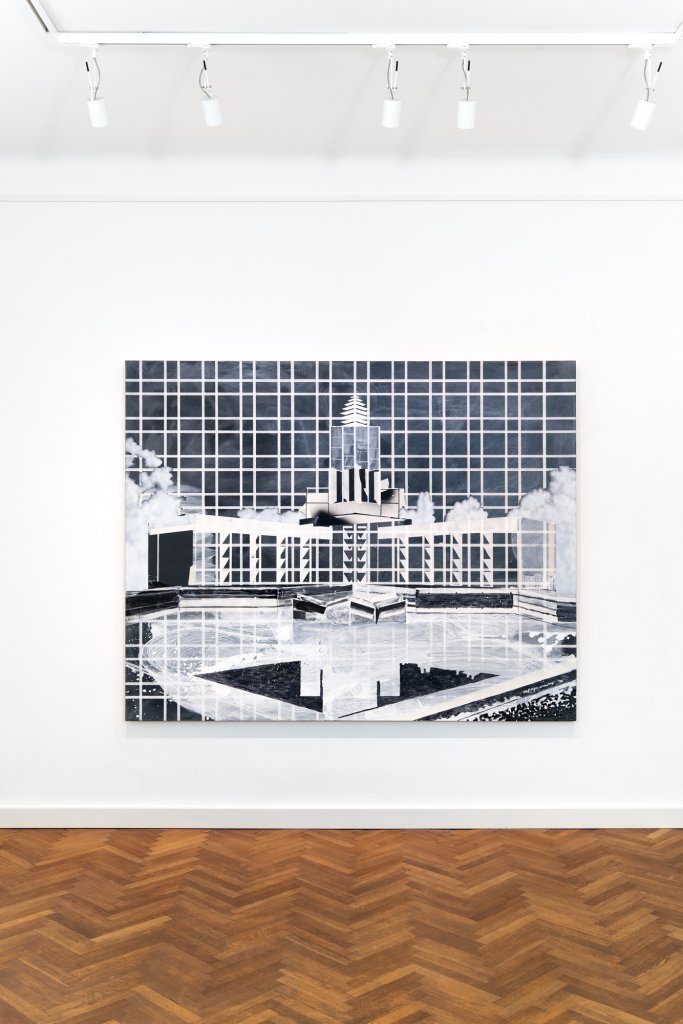 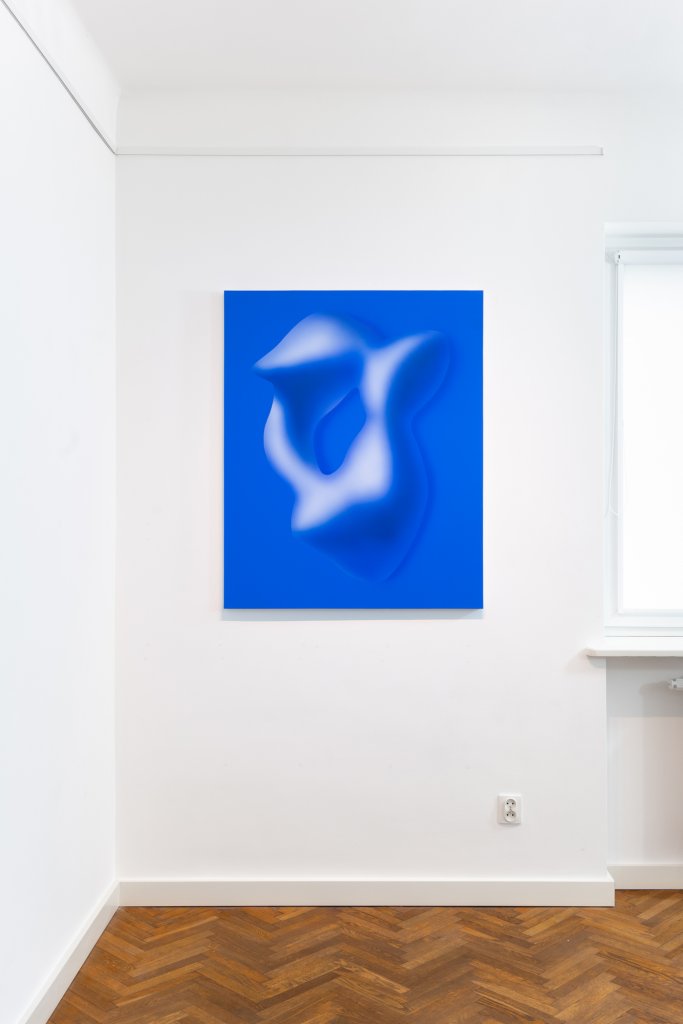 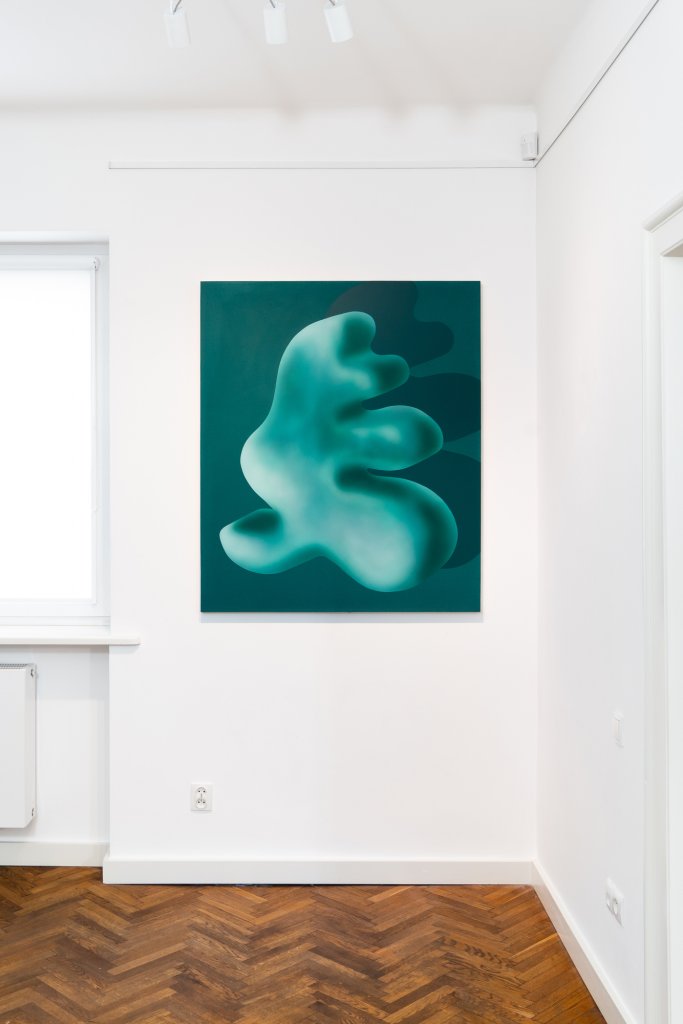 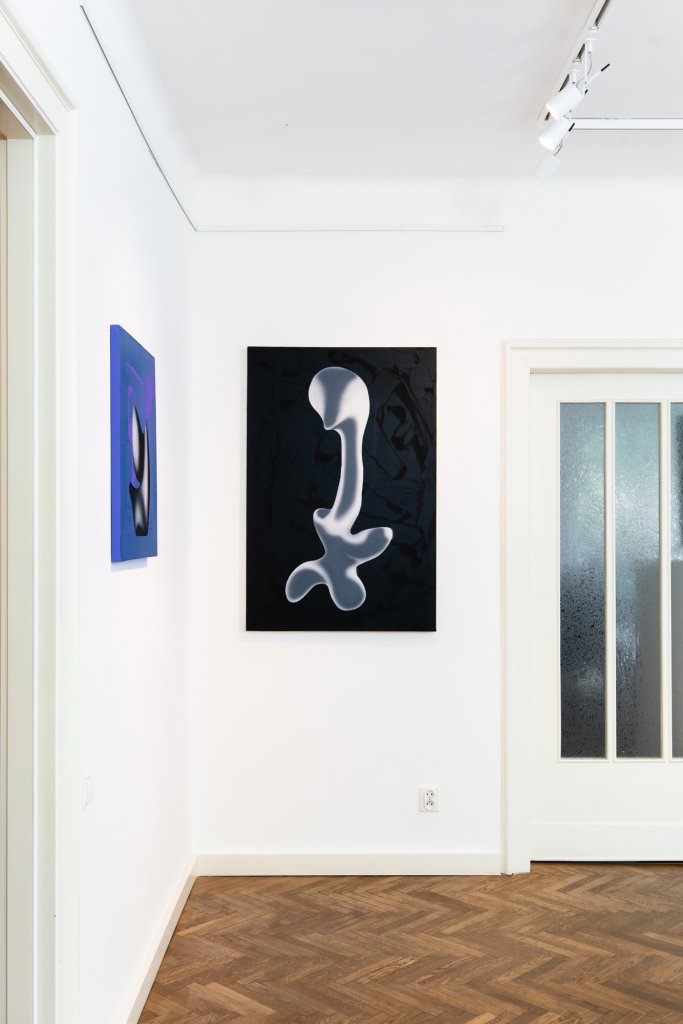 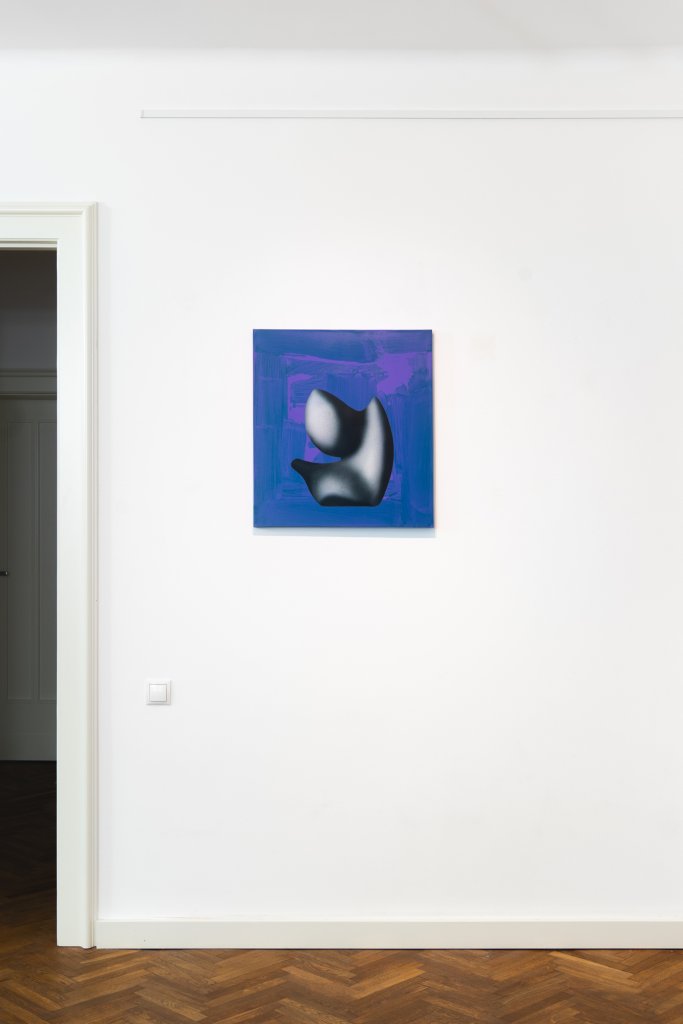 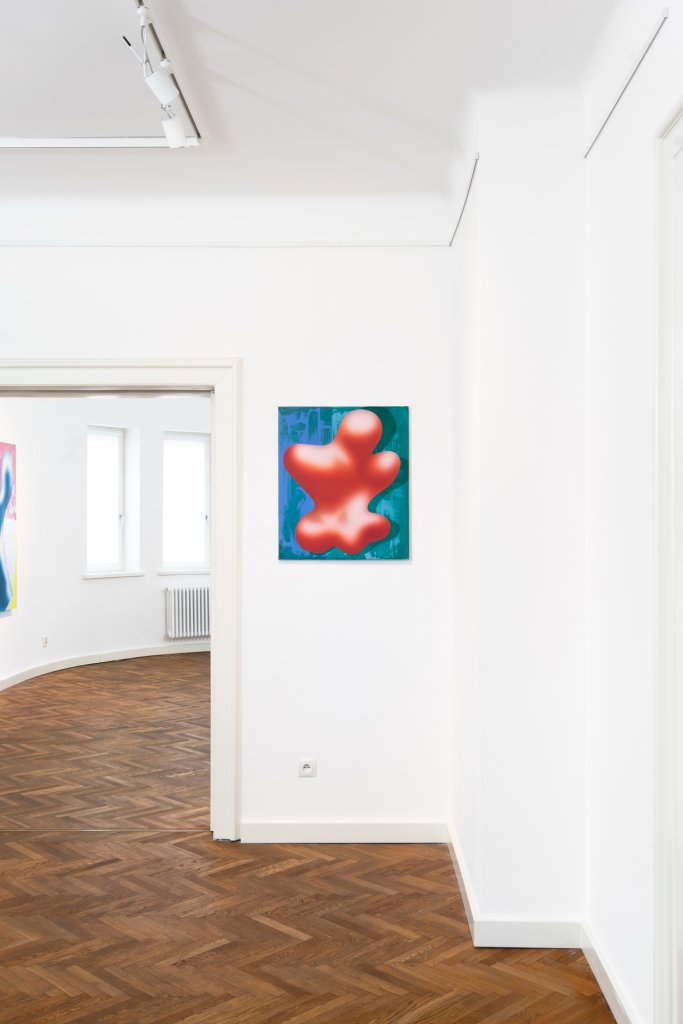 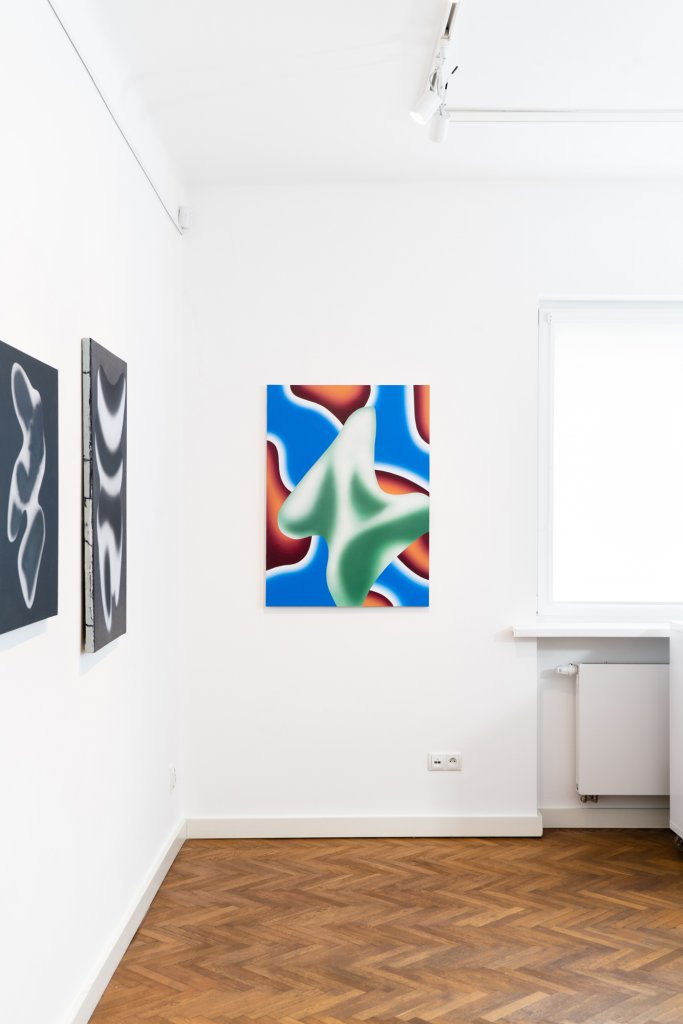 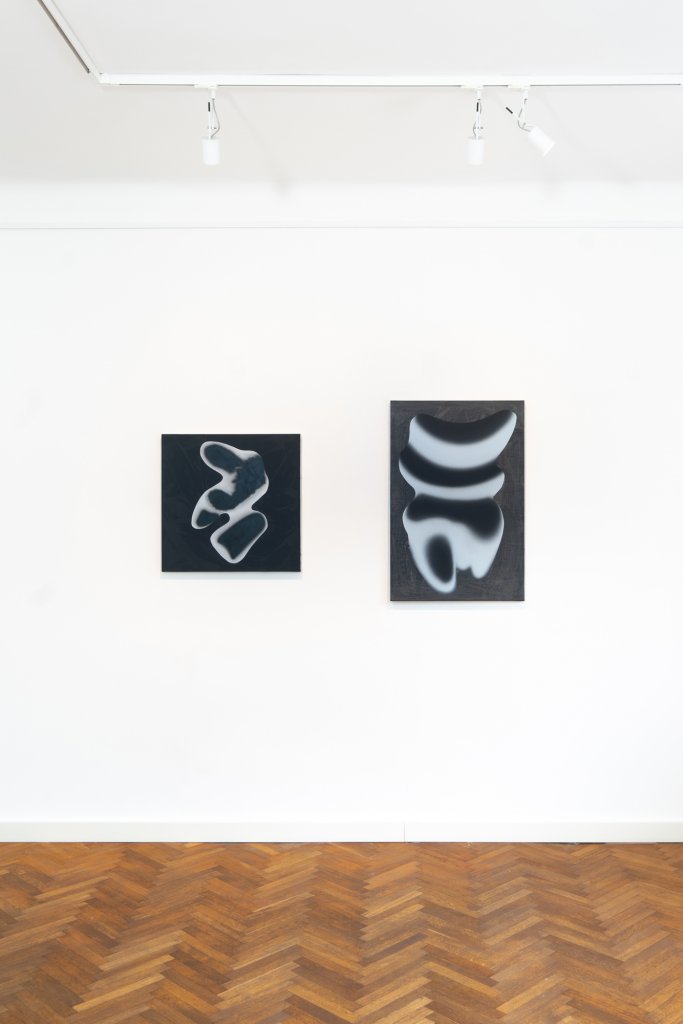 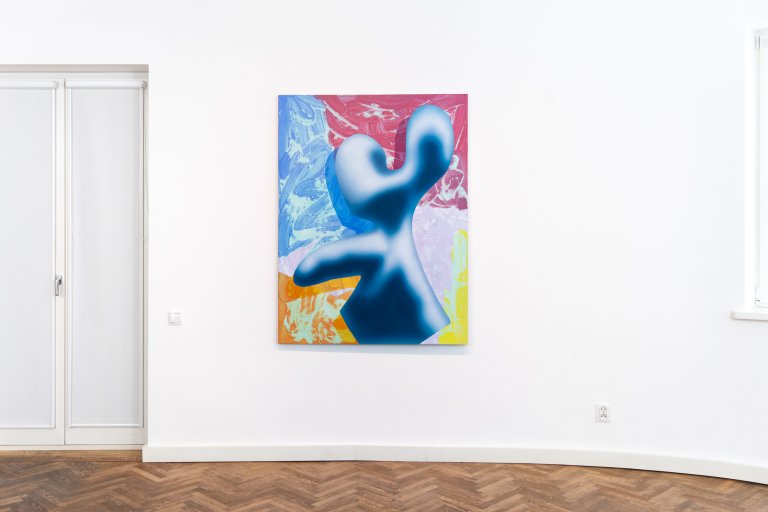 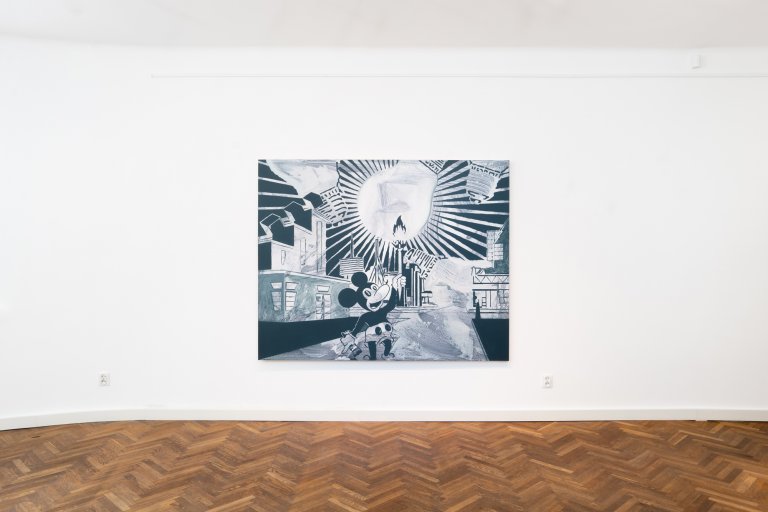 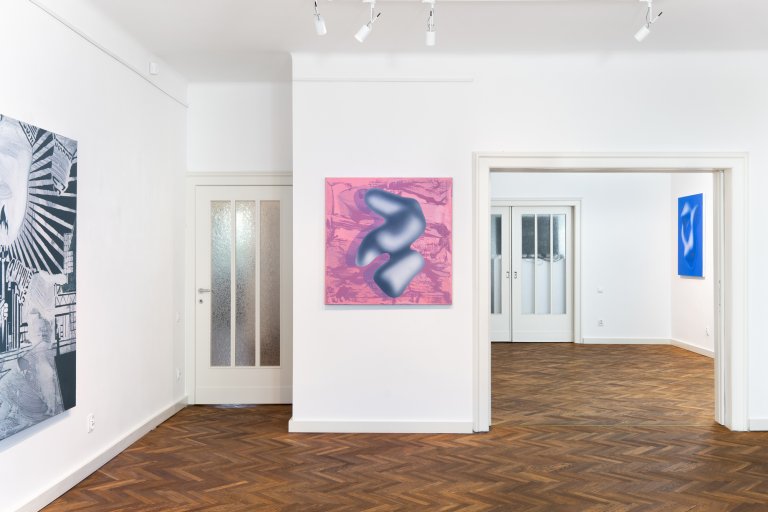 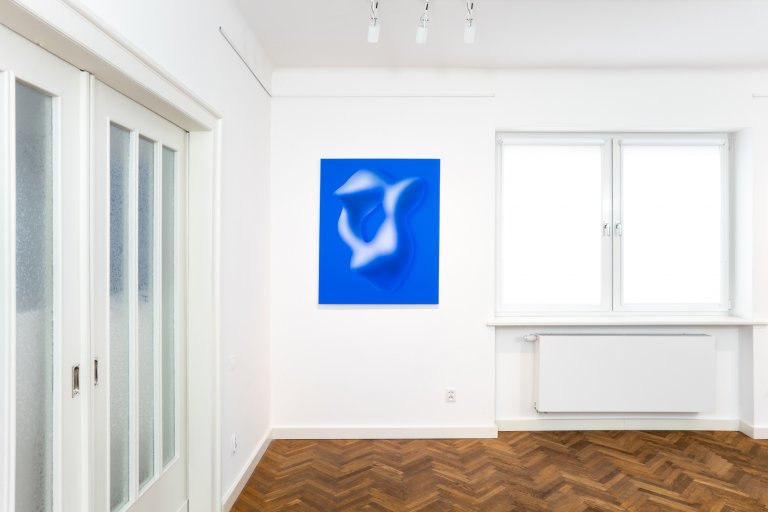 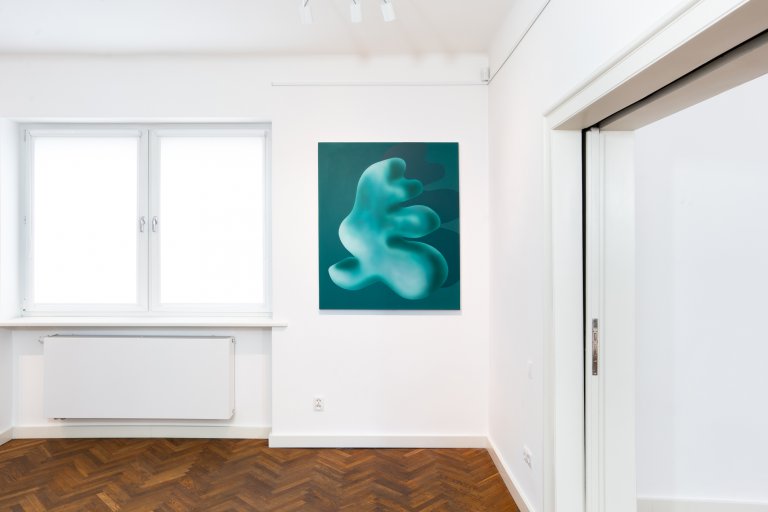 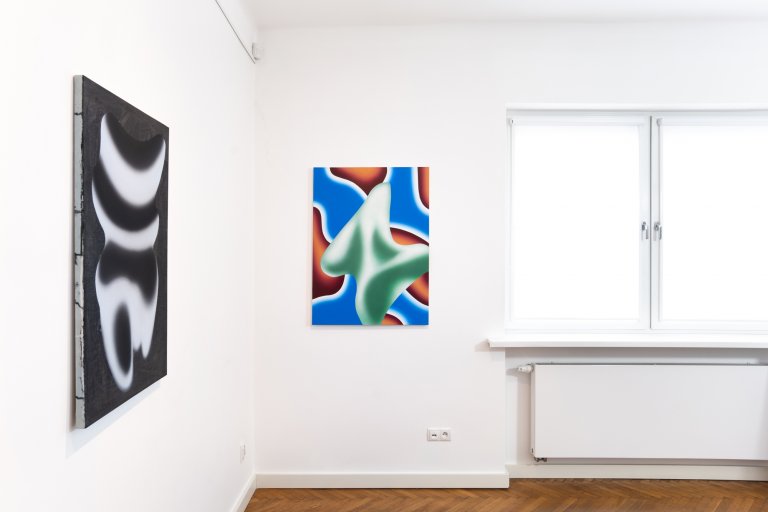 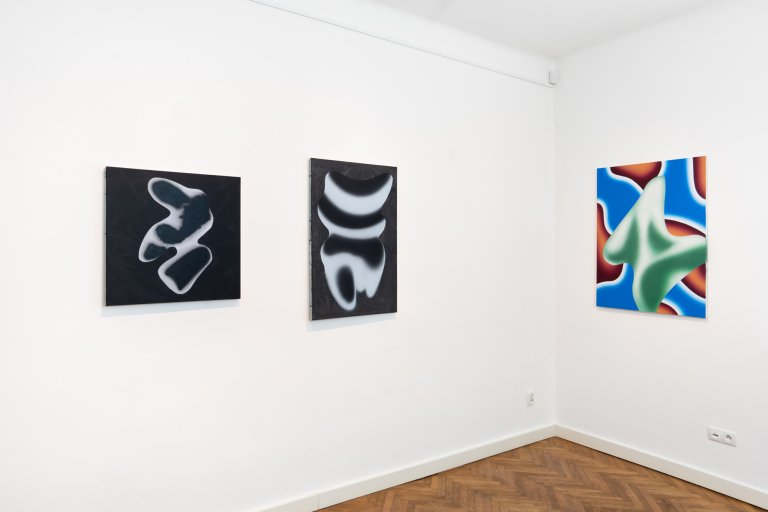 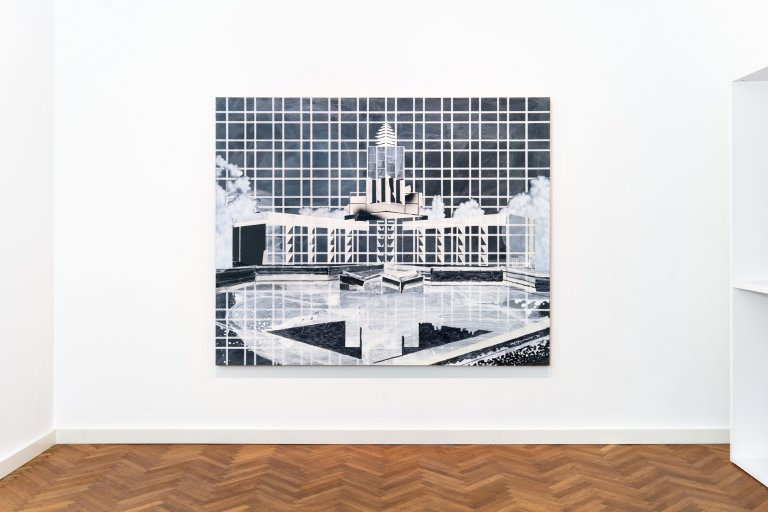 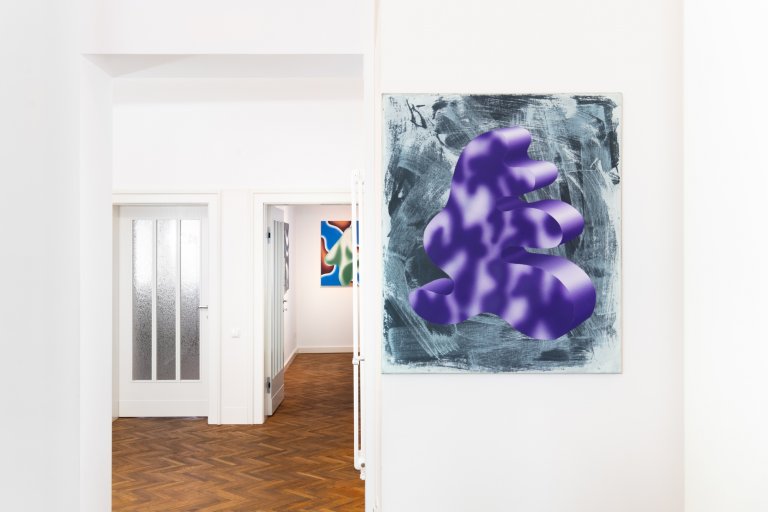 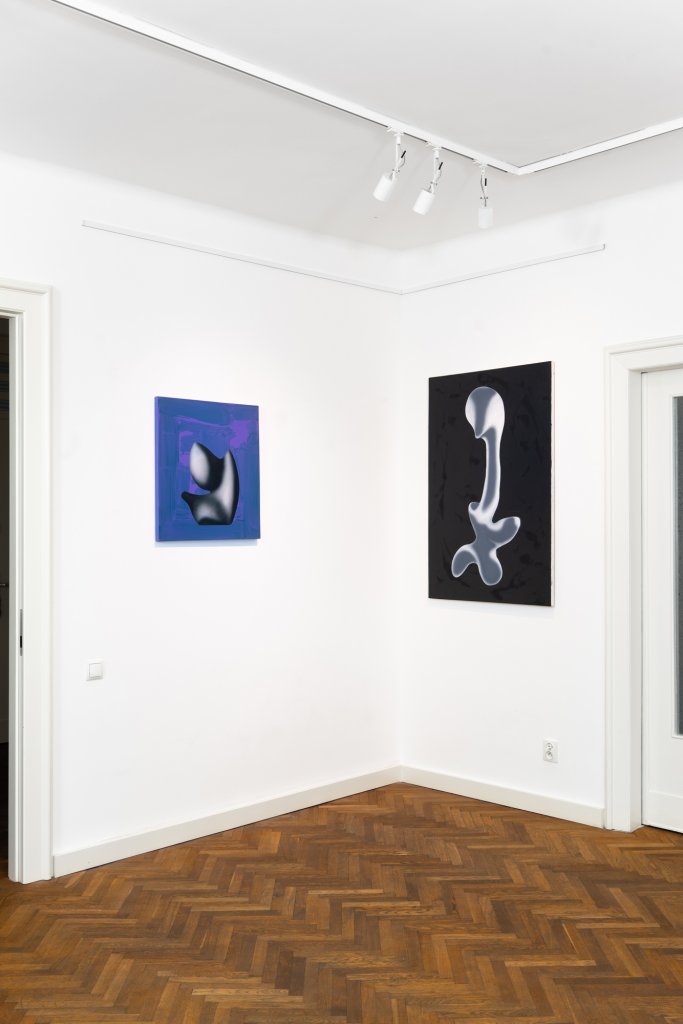 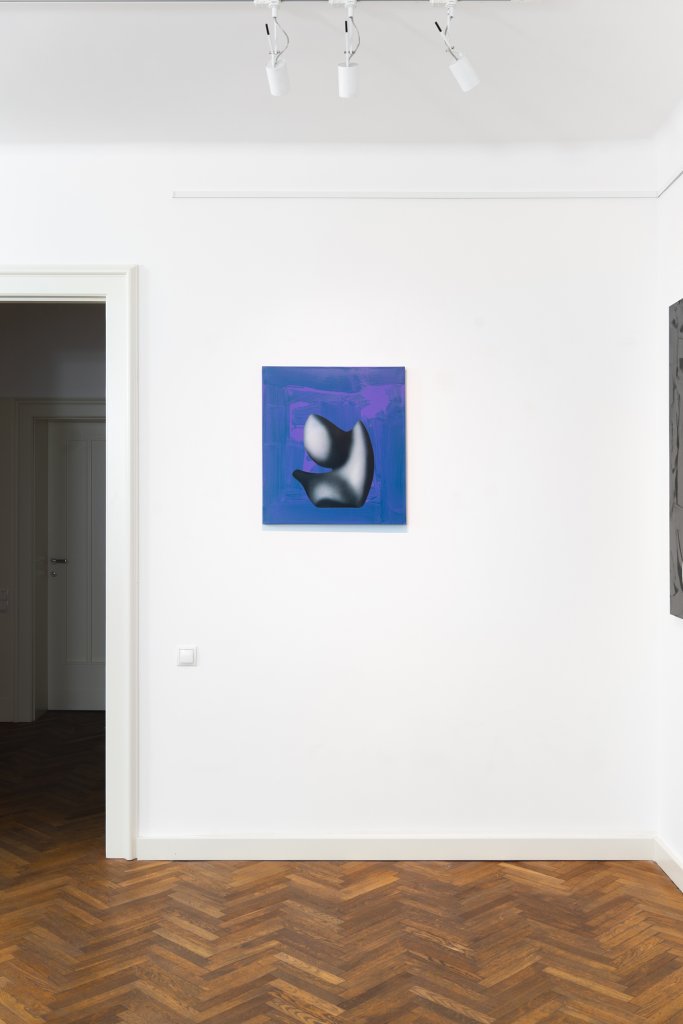 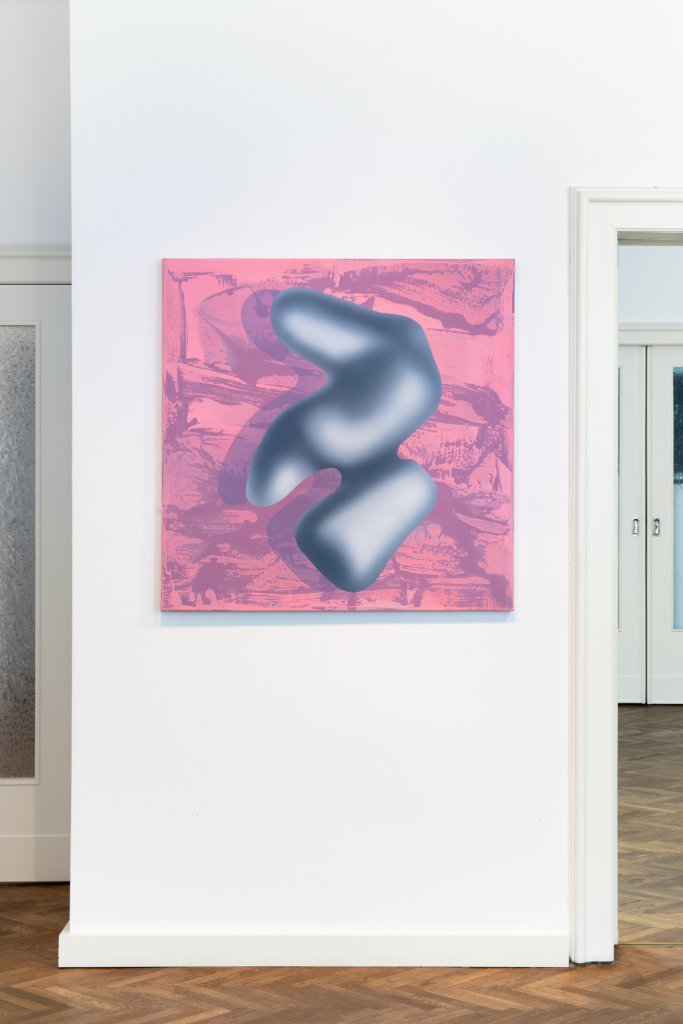 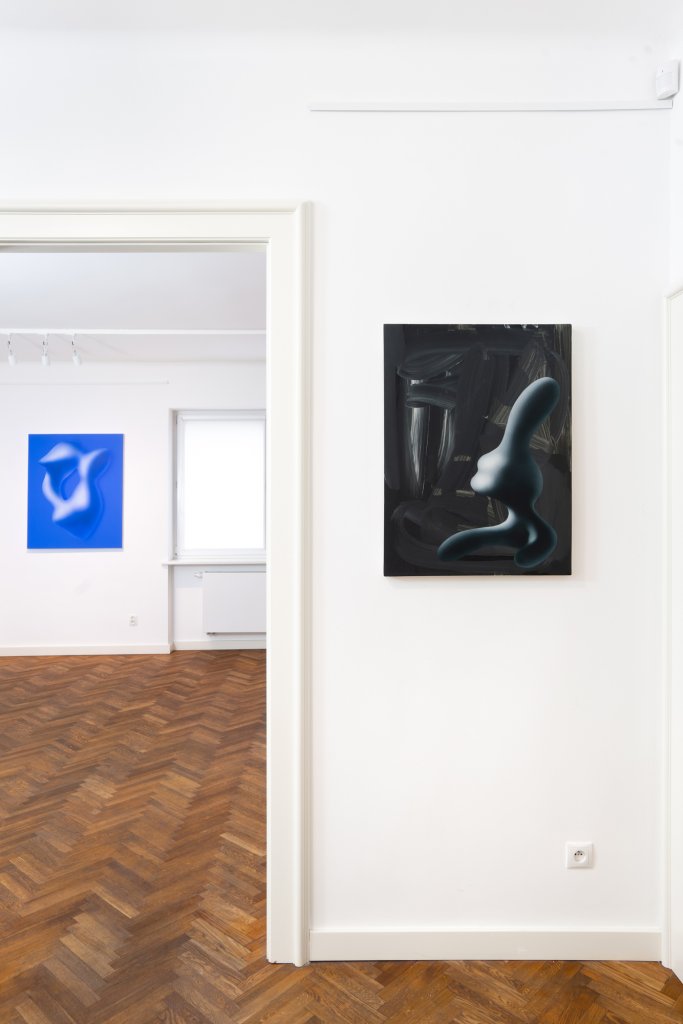