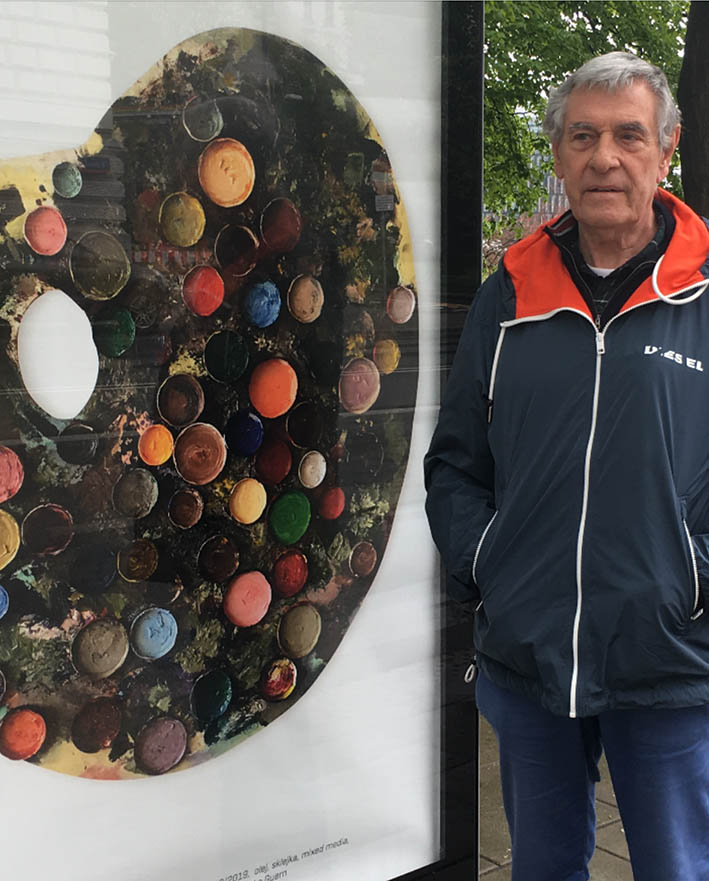 Painter, author of drawings, photographic works, collages and photomontages. In 1971 he graduated from the Faculty of Painting at the Academy of Fine Arts in Warsaw (diploma in the studio of Professor Krystyna Łada-Studnicka). In the years 1972 – 1985 he worked at his home university.

He was a scholarship holder of the Stedelijk Museum in Amsterdam (Netherlands, 1981 and 1983) and the Musée d’art Contemporain in Nîmes (France, 1990-1991), he also made an artistic trip to Atelier-haus in Worpswede (Germany, 1985-1986). He has participated in many international and prestigious art shows, including at the Biennale in San Paulo (Brazil, 1987), Dokumenta Kassel (Germany, 1992) and “In Between. Art From Polish 1945 -2000 ”(USA, Chicago, 2001). In 1999 he was awarded the Jan Cybis for outstanding painting achievements. He lives and works in Warsaw.

All of his work is a constant and systematic reflection on the essence of painting, which allows him to verify and update his knowledge of the discipline on an ongoing basis. He usually works in cycles, and when making a series of paintings and drawings he often uses the method of assembly combining formally diverse elements (e.g. postcards, private photographs and notes) within one whole, which gives the works a reflective and autobiographical character.

In the latest drawings and collages, Ciecierski after many years (the first series from 1974-75) returns thematically to analyze the workshop of the painter and draftsman and proposes new sets and color tables, as well as reflects the ability to visualize such states as “boredom”, “apathy “,” dispassion “and more. The film presented at the exhibition was made in the artist’s studio during a pandemic (April 2020).