The light of the pictures 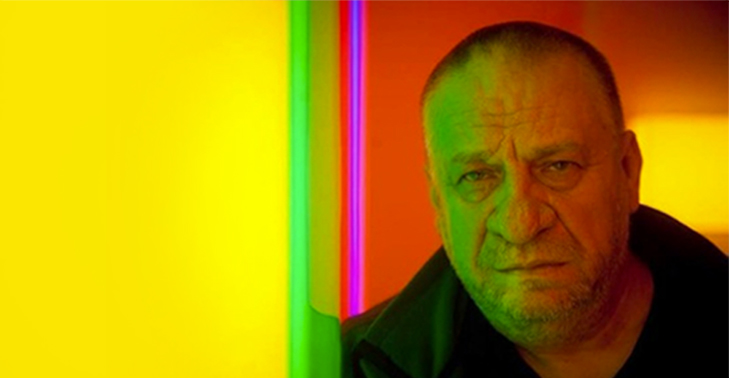 A Leon Tarasewicz exhibition in Ego Gallery. Minimalistic, plastic forms filled with light. I wonder whether I am in an elegant shop, a bar, or maybe in an ecumenical temple lost in one of international airports? Perhaps I am in none of these places, or perhaps I am in each of them simultaneously. Luminous painting objects are the result of reduction and synthesis of external manifestations of our life, in which a tangle of visual signals superimposing one on another, photon-emitting billboards, advertisments, screens, road signs, and even backlit church crosses, create a tamed already landscape of daily life. Whether it was lumps of soil, or the rhythm determined by forest trees or paving slabs, or the architecture of big cities and small villages, Leon Tarasewicz’s painting has always made reference to reality. The artist was able to create a consistent and coherent language of painting, which is, on the one hand, deeply rooted in the tradition of art, and on the other pushes at its ever-blurred boundaries. He is not afraid of bordering on either trash and banality or the metaphysical category of the sublime, because he knows that these can interpenetrate and enrich one another. First and foremost, Leon Tarasewicz is an attentive observer, able and willing to place his conclusions in the context of tradition and contemporariness.
The issues of light emanation in art can be traced back to the tradition of the maedieval icon, through the gothic stained-glass windows, until the minimalism of the nineteen sixties and the works of Dan Flavin, Robert Irwin, James Turrell and Bruce Naumann. The art objects exhibited in Ego Gallery are somehow indebted to all of these traditions, while at the same time they attempt to look for new fields of interpretation for themselves.
The works of Leon Tarasewicz are changing in search of new forms of expression, which are becoming a part of discussion about the way art describes the contemporary world and the way it transgresses it, referring to the transcendent, incomprehensible and inexpressible. Experimenting with very different painting media, forms and tools, the artist reached for light, which, paradoxically enough, despite its seeming immateriality, is the most basic painting material. Tarasewicz’s painting has always been a “hot”, expressive medium, associated with gesture and matter. In his new projects he turns to the media devoid of any trace of human touch; they are conceptual works, in which a coincidence and intuition will not reveal themselves in form of a painting “accident”. Although the term “the light of the picture” is, owing to Roland Barthes, associated with photography, the use of it, in its reduced, literal meaning will be utterly justified. The light is electromagnetic radiation which is received by our sense of vision, thanks to which we get about 80% of information needed to function in a way evolution shaped us. However, there is a paradox which Georges Didi-Huberman noted in his writing, that ” The history of art will fail to understand the visual efficacy of images so long as it remains subject to the tyranny of the visible.”[1]
Taking into consideration a dual nature of light, wave-like and particle-like, a phenomenon which is both amazing and difficult to grasp, it should not be surprising that in our culture we ascribe a unique, also religious power to it. Creating his luminous paintings Tarasewicz makes a clear statement in the long-time discussion whether a painting is an objective material fact, or an impression which we get in our brain. The artist stands for the immateriality of the painting, evincing that it is not only an aesthetic fact, but, most of all, a domain of aesthetic experience which is formed in a specific situation. Provoking the question whether something still is, or already is a picture, he makes us consider the very nature of the picture, and think what the picture really is. “(…) we must try, before the image, to think the negative force within it” – Huberman writes and makes a remark, that he means “knowing how to remain in the dilemma, between knowing and seeing, between knowing something and not seeing another thing in any case, but seeing something in any case and not-knowing some other thing…”[2]
The perception of luminous painting objects exhibited in Ego Gallery depends on many factors: the time of day, the position of the spectator in relation to the work of art, individual visual abilities, as well as placing oneself inside the dilemma between knowledge and vision, as Huberman brilliantly puts it. The more we look at and think about these works, the more we notice about them, and their plastic surface melts in front of our eyes, revealing subsequent layers and reflections. In what way does what we know influence what we see, and in what way does what we see influence what we know? Tarasewicz’s works are screens emanating luminous space, and, at the same time, mirrors reflecting our thoughts.
Marek Wasilewski 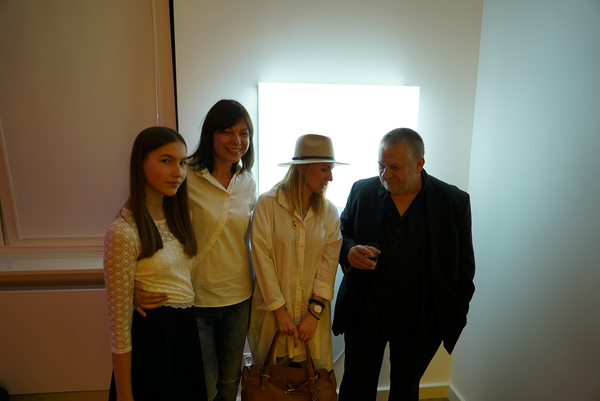 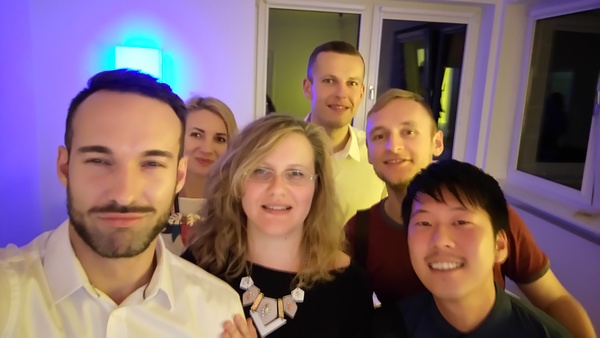 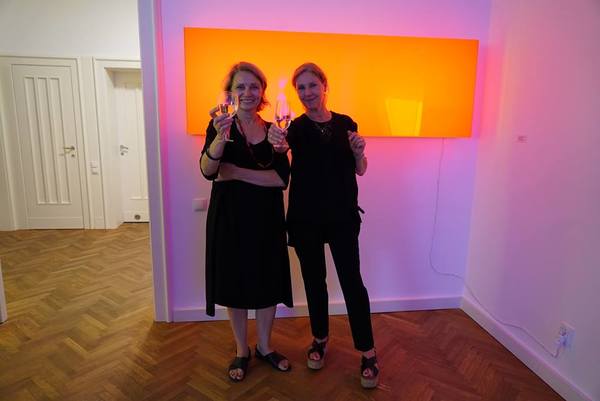 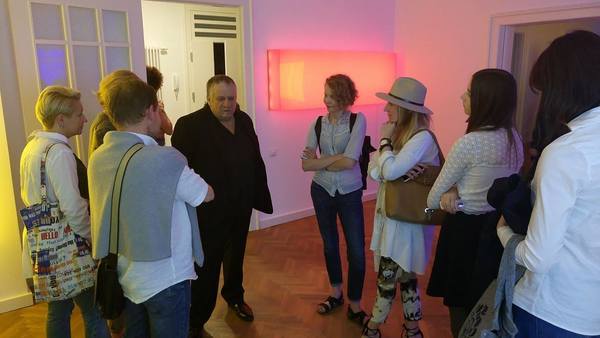 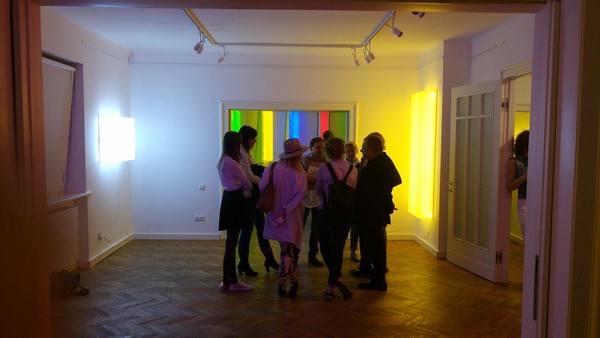 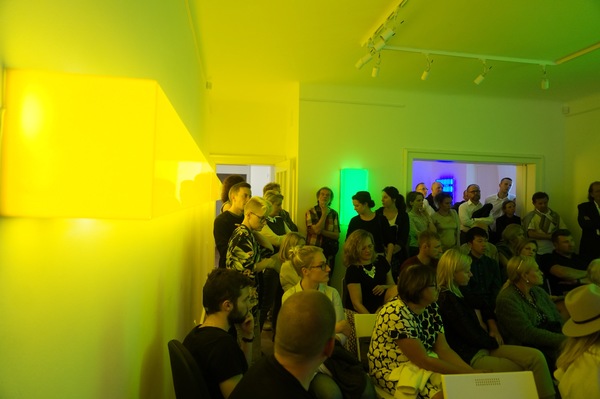 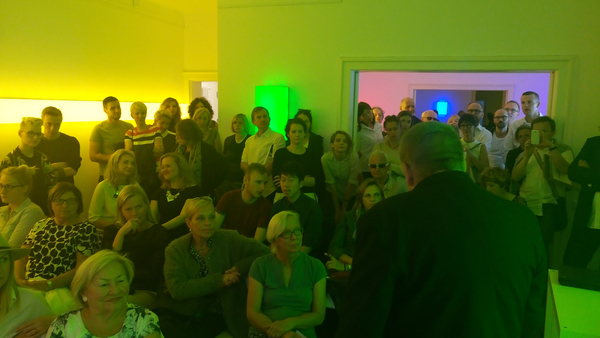 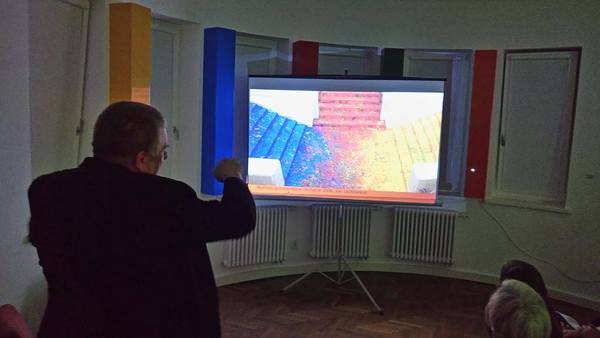 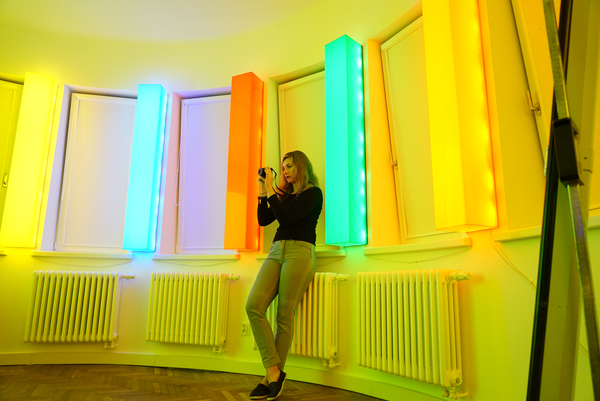 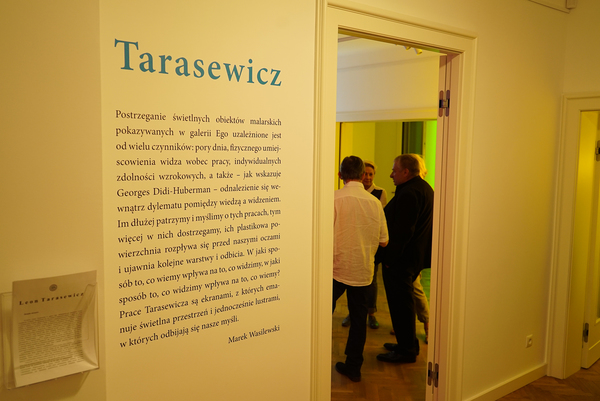