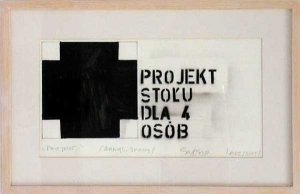 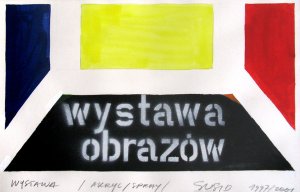 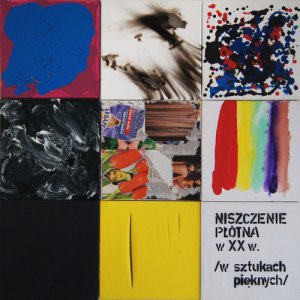 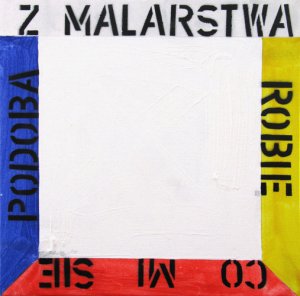 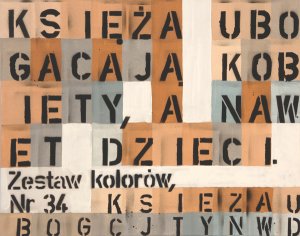 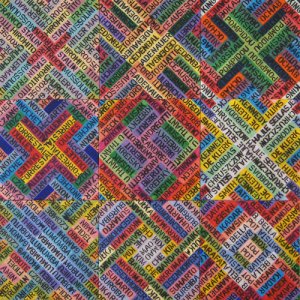 Born in 1952. In 1973 started studies at Warsaw’s Academy of Fine Arts’ Painting Faculty. He obtained his diploma in the atelier of Tadeusz Dominik in 1978.
His early works are related to the movement of New Expression, the proof of which is a collective exhibition Ekspresja lat 80-ych (BWA, Sopot), in which he participated. The artist created works based on elements of folk art, such as plants and birds. From the very beginning his paintings were accompanied by an auto-commentary in the form of characteristic writings created using templates. It will become sort of a signature for his works. Since the eighties he creates pastiche stories, in which by the means of irony and humorous understatements he provides knowledge about the condition of contemporary culture, the world and ourselves. In the nineties, Susid created works related to constructivism and geometry. Using simple forms he achieves an effect of surprise and reflection, and sometimes a new view on signs depicting our religious, socio-political and intimate life. Such works surely are: ascertainment about three great religions (Niektóre dawne formy do ciastek, 1990), eschatological (Złe życia kończą się śmiercią, 1996), as well as works with social context (Mówi się, że prezydent żyje z M. Monroe, 1990; My tam w Polsce cierpimy od słabej telewizji, 1995).
A large part of his works was devoted to afterthought on 20th century art. He evokes symbolism and signs, rejecting the settled way of reading into Avant-garde tradition. The legacy of the great masters is treated in Susid’s works similarly to other themes, with slight irony and humor. The example of this can be paintings such as: Prawie wszystko jest abstrakcją geometryczną, 1987; Rzeczy już w sztuce wykonane do 1990 w %, 1990; Stażewski i Strzemiński mylą mi się, 1988. In his latest works the artist remains faithful to the author’s comments in the form of writings from templates. Continuing his works with simple forms he analyzes the role of sign as a message, searches for the image of modern culture, politics and social relations, finally he reflects on the condition of man in the post-modern world.