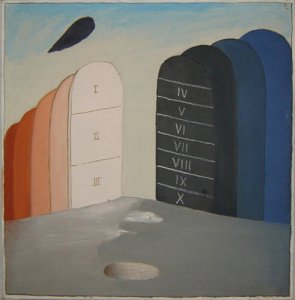 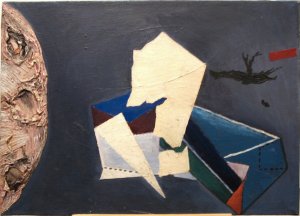 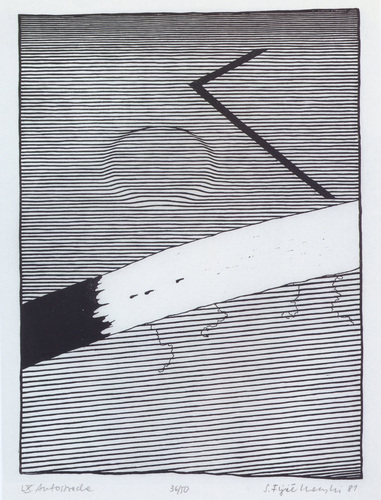 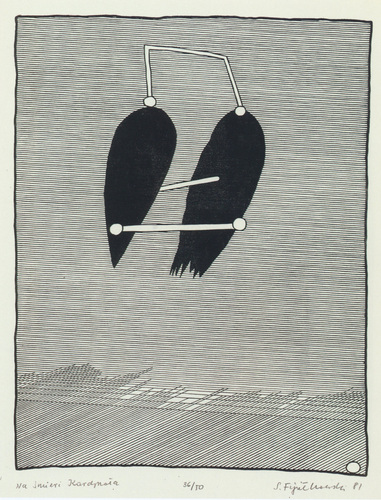 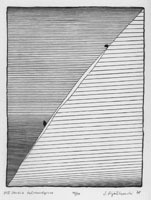 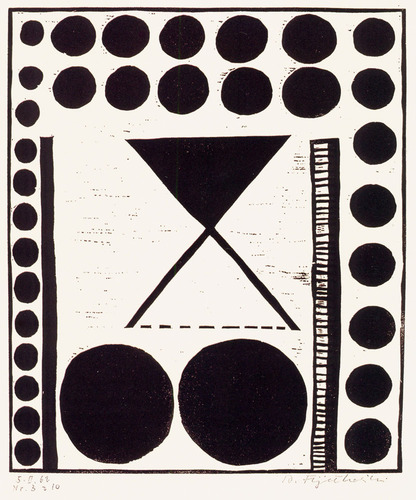 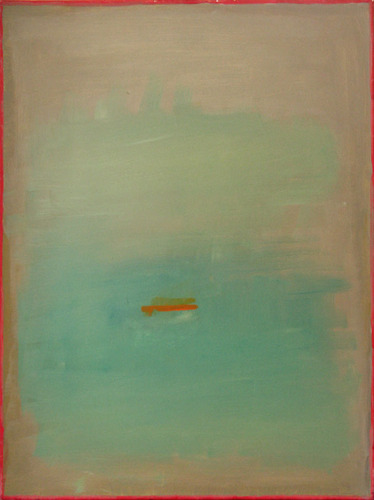 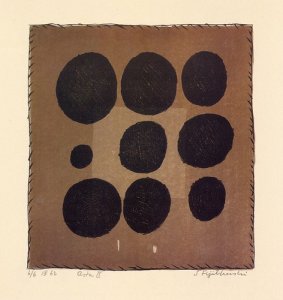 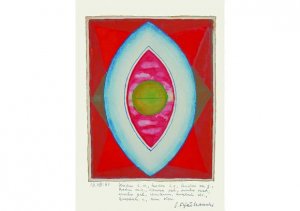 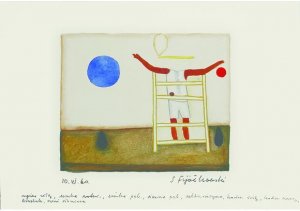 Born in 1922 in Zdołbunowo in Wołyń. Between 1946 and ‘51 he studied at the National Art School in Łódź under Władysław Strzemiński and Stefan Wegner. Later on he worked at his alma mater. The essence of Fijałkowski’s works is, as he says, „an attempt to harmonize the emotional stand with the intellectual, intuition with consciousness, individual expression with collective content”. From the very beginning the artist described his creative path through his relationship with his mentors, especially with Strzemiński (he started his work at the Łódź Academy as his assistant), as well as through his relation to classics of European avant-garde (K. Malewicz, W. Kandinsky).
Most graphic works by Fijałkowski contain parallel thematic threads appearing in the whole of his works, mostly painting and composing cycles such as Highways, Talmudic studies or Variations on the number four. The author is a winner of many international awards in graphics, including the Biennale of Graphics in Kraków (1968 and 1970), Biennale of Graphics in Ljubljana (1977), National Graphics Exhibition in Warsaw (1981) and XII Woodcutting Triennale XYLON (1994). In 2002 he received a honoris causa degree of the W. Strzemiński Fine Arts Academy in Łódź.