Yellow For The Last Time 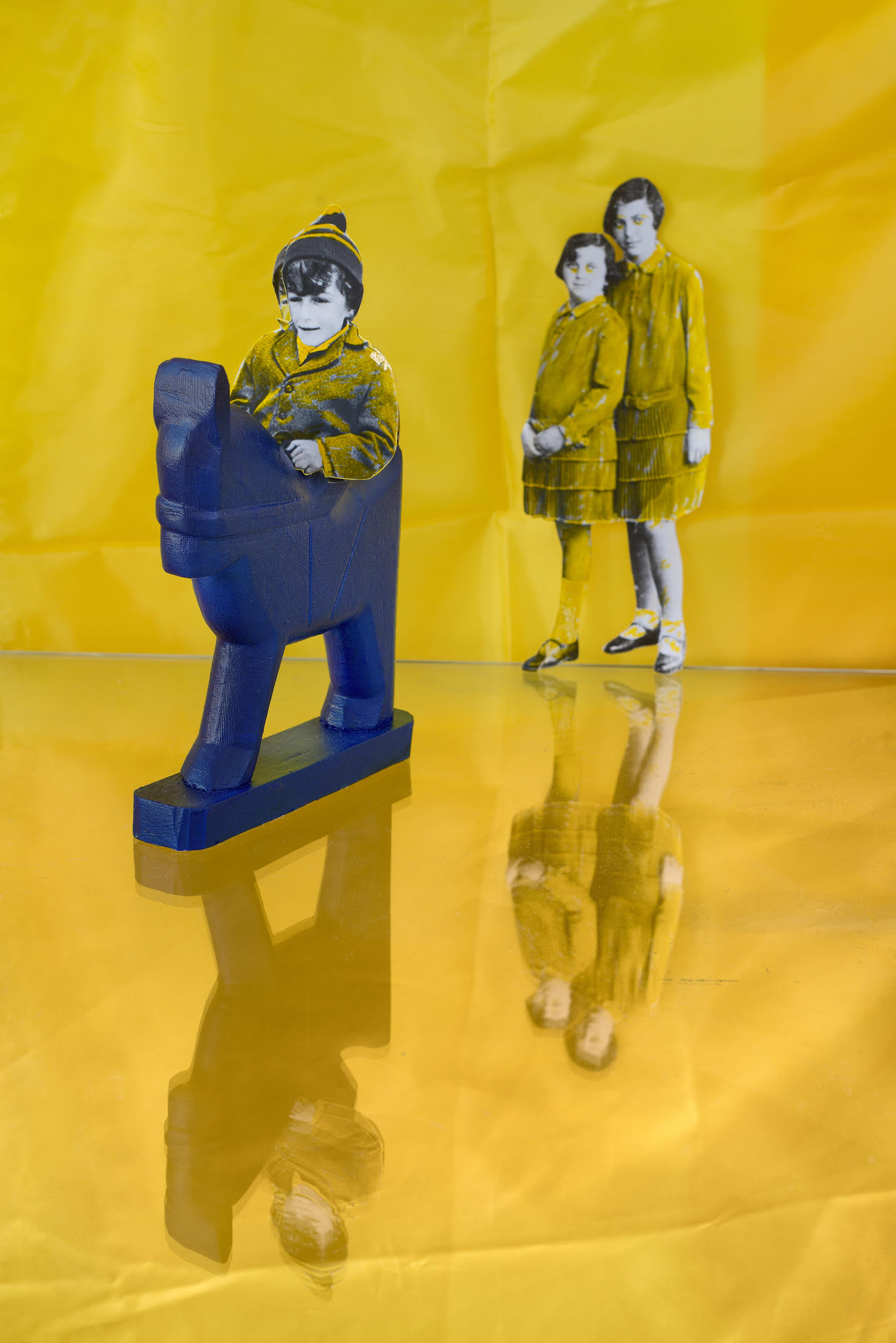 YELLOW FOR THE LAST TIME

She is a graduate of painting at the Academy of Fine Arts in Warsaw and art history at the Jagiellonian University in Krakow. She has presented her works at many individual and collective exhibitions all over the world. She has published over 25 books on the history of art and fiction (including Salome, or Delight, Hyperrealism – the New Realism, Veronika and Her Cloth: History, Symbolism and Structure of a ‘True’ Image, Journey to the Boundaries of Art), written in Polish and in English, and a family trilogy (Goldi, Frascati, Feluni), which was created simultaneously with the yellow installations.

The artist’s theme is a broadly understood autobiography; during the interviews she emphasizes the mutual permeation of art and literature (I paint what I cannot write, I write what I cannot paint).

In 1959, she left with her parents, Maria (Miriam Kohany) and Karol Kuryluk, and her younger brother Piotr, to Vienna, where her father took the position of the Polish ambassador. There she graduated from junior high school and became interested in the European art at the turn of the 19th and 20th centuries, which was reflected in her first books. After returning to Poland and graduating from studies in 1970, she moved to London, and then to the United States. At the end of the last century, she moved to Paris, but spent a lot of time in the country, especially in Warsaw.

Despite the achievements in the field of easel painting, she abandoned it in 1978 to draw and paint on loose fabrics (white Chinese silk, raw cotton) and to create ephemeral and sensual installations.

After the death of her mother on January 1, 2001 and the discovery of the tragic family history, installations of Ewa Kuryluk became dominated by yellow. Letters and photos of their relatives, who were marked by the tragedy of the Second World War and the Holocaust, which were found by chance, became the starting point for moving, silent spectacles of shadows against the background of yellow fabrics. The artist symbolically gave a voice to her people from the air, so that they could tell their stories and remind about individual victims of Nazism, but also to warn against any manifestations of hatred and exclusion on racial, religious, cultural and other basis.

Today, in the face of brutal Russian aggression against Ukraine and the drama of refugees on the Polish-Belarusian border, the topics discussed by the artist are again painfully relevant.

Memory and shadows of the loved ones

In the oldest metaphors concerning the understanding of memory, the writing and the body are inextricably linked. Socrates compares memory to a wax tablet, received as a gift from the muse Mnemosyne, on which – like a record – there are imprints that enable preserving fleeting memories. Referring to a similar metaphor, Kierkegaard in turn asks: “Who would like to be a board on which time writes different words every now and then?”

My guess is that Ewa Kuryluk did not want to be such a board, but History left such a deep mark on the artist’s fate that there was no choice but to combine the writing and the body, literature and visual arts in her own work to bear witness to the tragic fate of people in the aftermath of World War II. There is no memory without a body, and memories, especially traumatic ones, insist on being preserved. Individual memory is imbued by the cultural one.

Ewa Kuryluk’s individual memory was mediated in a series of yellow installations. The artist used fabrics like skin on which time is imprinted, and photographic images, creating expressive “collages”. Yellow fabrics thus become “bodily tablets” on which experiences are written as if on a mythical wax board, leaving a trace. Paradoxically, they are curtains that simultaneously cover and reveal the past as well as connecting it with the present. Ewa Kuryluk’s close ones are here and now, they look at us, share the space of the Ego Gallery with us. The artist talks about her childhood, creating an atmosphere that is sometimes seemingly carefree, and sometimes marked by fate and impending danger.

To make contact with the shadows, fleeting intruders with no roots, no inquiry or investigation can be carried out. One has to engage in a conversation with them, remembering that they are part of a story we already know from Ewa Kuryluk’s novels, in which, as a writer, she settles accounts with the tragic past. Its shadows, moving in the yellow microworld of the installation, appear on airy fabrics and concretize as traces of individual memory, which, thanks to the power of art, is universalized.

The artist’s yellow figures are so expressive and intensely present that they gain an unexpectedly convincing and almost corporeal presence, as if they had visited us. Ewa Kuryluk, invoking shadows in her literary and artistic works – with words, pictures, cutouts and photographs – does not let them vanish. In the catalog of her exhibition in Japan, the artist compares fabric to a second skin – to a sculpture from the air and a film that she sometimes likes to take out of herself. And she explains why the fabric “close to the body” is so perfect for recording traces of memory.